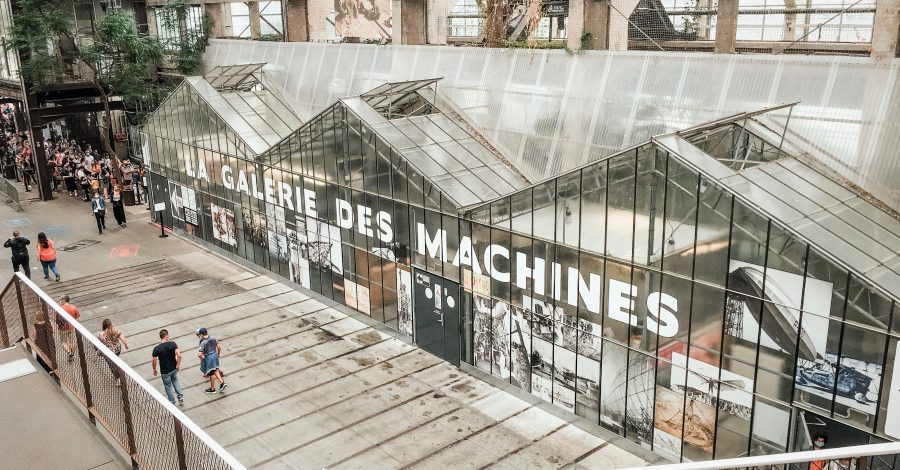 How many of you knew that Jules Verne was born and grew up in Nantes?

Obviously, Nantes has served as an inspiration to this great writer already at his early age. And likewise, Jules Verne has inspired and continues to inspire the urban and cultural development of the city itself.

One of the most outstanding projects that bring into life the fictional creations of Verne’s fantasy world, by using the mechanical engineering ideas of Leonardo da Vinci, is “Les Machines de l’Île”. Hosted in Île de Nantes, and specifically in a former warehouse that ships were once built, Les Machines de l’Île is a mechanical zoo where machines come to life right before your eyes.

A giant ant, a giant spider, a hummingbird, and the most loving animal in this Mechanical Kingdom, the Great Elephant, promise to leave visitors awestruck.

The place is usually very crowded and due to Covid-19 restrictions there is an additional limitation of the people that can enter the site at the same time. Having said that, do plan enough time since there are quite a few activities you can (and should) engage with. 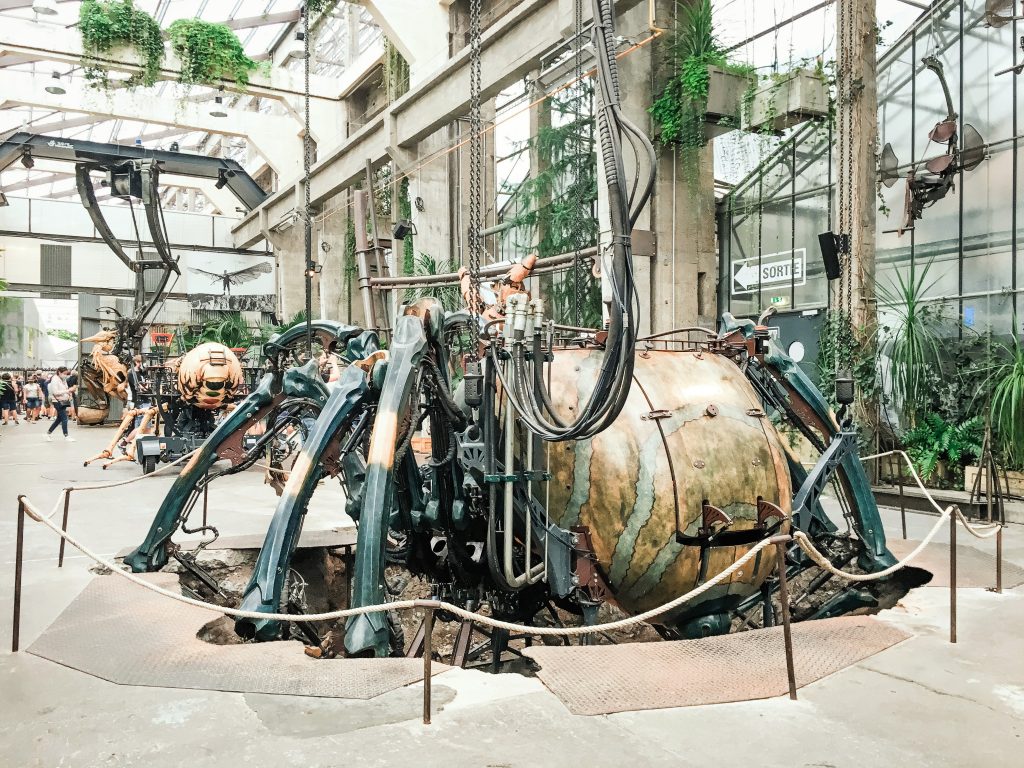 In this exhibition space, you will get to admire the mechanical structures, learn their story from conception to realization, and what more participate in a live demonstration of the way they function! During the tour, the commentary from the mechanics is done in French. Feel free to ask some of the assisting staff to give you a short summary in between two demos. Alternatively, download the official app prior to your visit in order to get access to an audio and text guide. The content will only become available to you when you are on site and it is activated automatically.

Right opposite the Gallery des Machines is the actual working space of the people that created the mechanical animals you have previously seen in the lab. They are continuously working on new projects and you can admire them while on duty from the workshop terraces.

Also available (yet only in French), a short film describing the entire Les Machines de l’Île project all the way from Day 1. 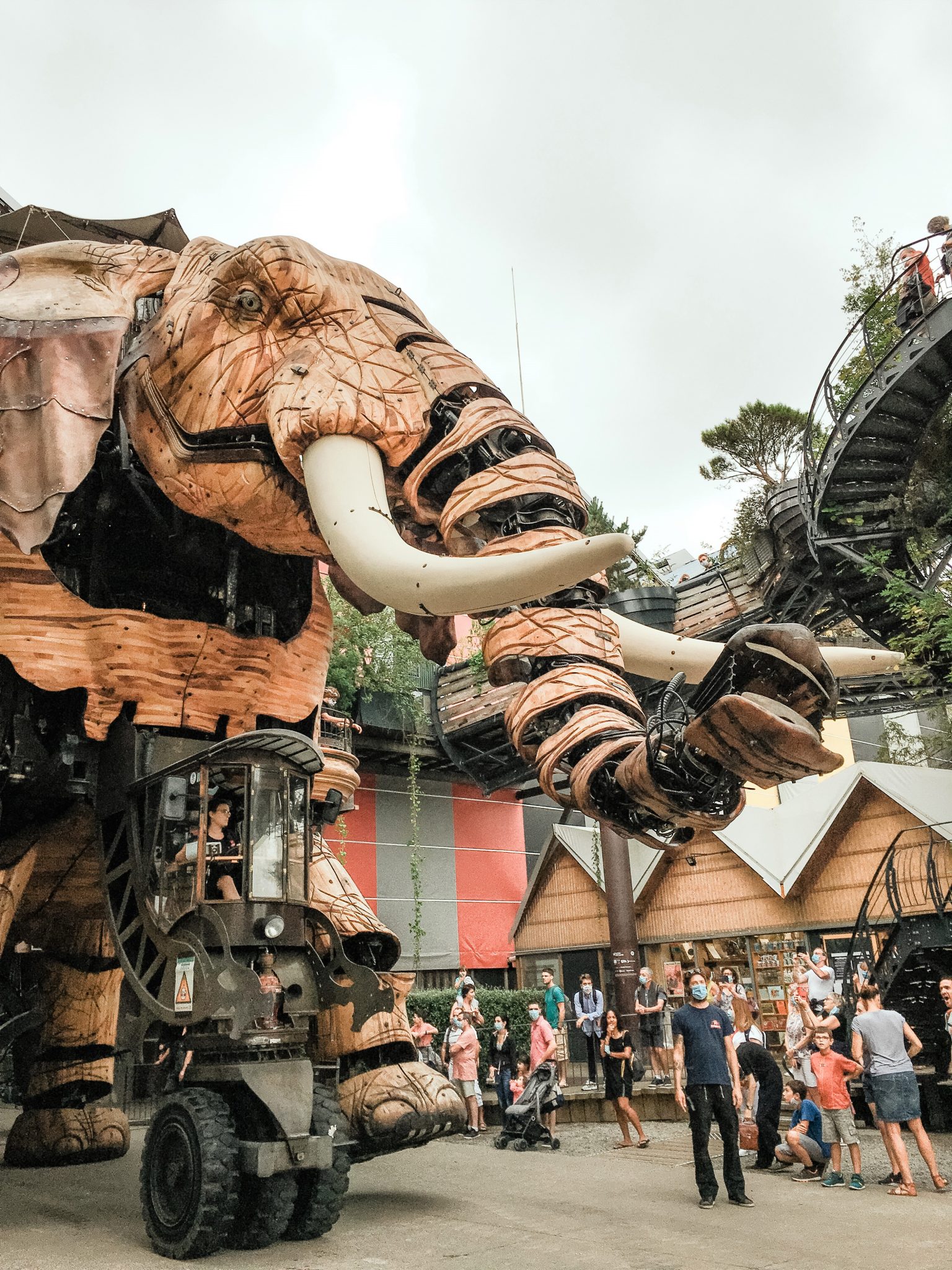 By far the most popular and exciting activity for children and adults of all ages! Le Grand Éléphant is a giant mechanical creature measuring 12m in height, 8m in width and 21m in length that has become an iconic symbol of the city of Nantes in recent days. Visitors can comfortably sit on his back and enjoy a 30-minute journey around the site, while this darling beast roams his way through and sprays water with its trunk! If you want to take this ride, I highly recommend to make an online reservation early in advance otherwise you risk to stand in a long queues with no guarantee that you will find an available slot by the time you reach the cashier.

Spin Yourselves Round and Round on the Carrousel des Mondes Marins

Unlike all others, this unique triple decker carousel is an ode to the marine world. It offers visitors seats on various moving underwater creations. Each decker is thematic on its own way, with the first being the seabed, the second being the abyss and the third being the sea surface.

For any ticket you buy from the ticket office or sale you make at the gift shop, remember to always ask for your payment to be rounded to the next euro. Through an initiative of Les Machines de l’Île, this small contribution from your end will support the Conservation Center in Laos that strives to preserve the Asian elephant from extinction.

« Toulouse – A City Not To Lose

Nantes – A Fantasy Land On The Banks Of The Loire River » 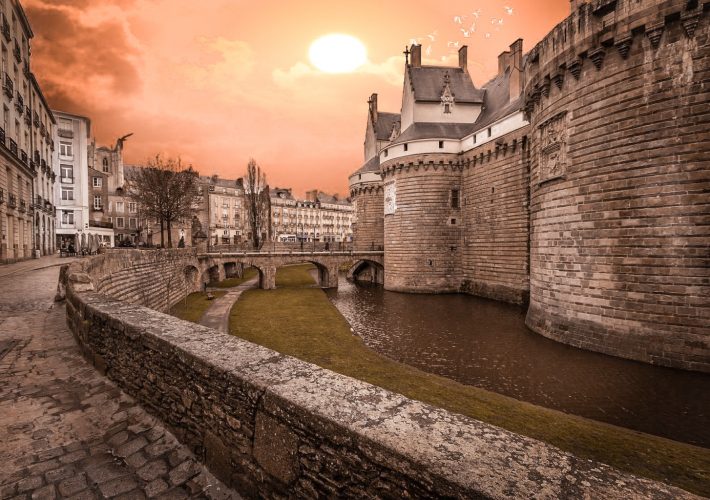 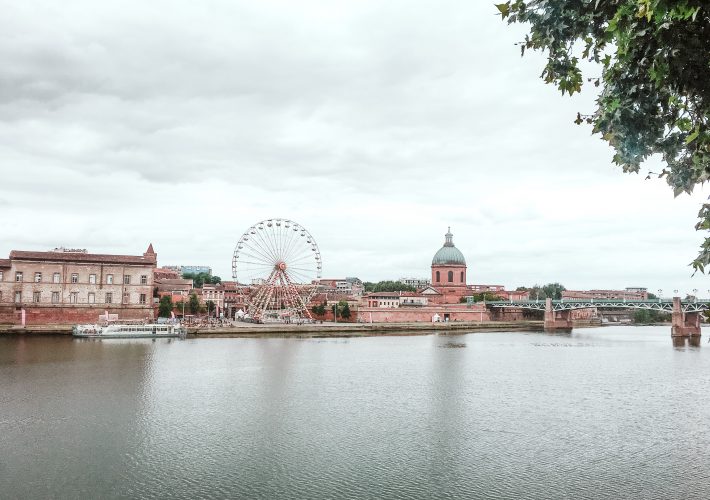 Morelia may not be the most beautiful city of Mexi

Casa Azul or else “The Blue House” is where Fr

One of the best travel experiences I had in 2021 w

Second time in Guanajuato and still can’t get en

Just a few days before the Dia de Los Muertos, the

Happy Northern Lights season!!! 😻😻 For your