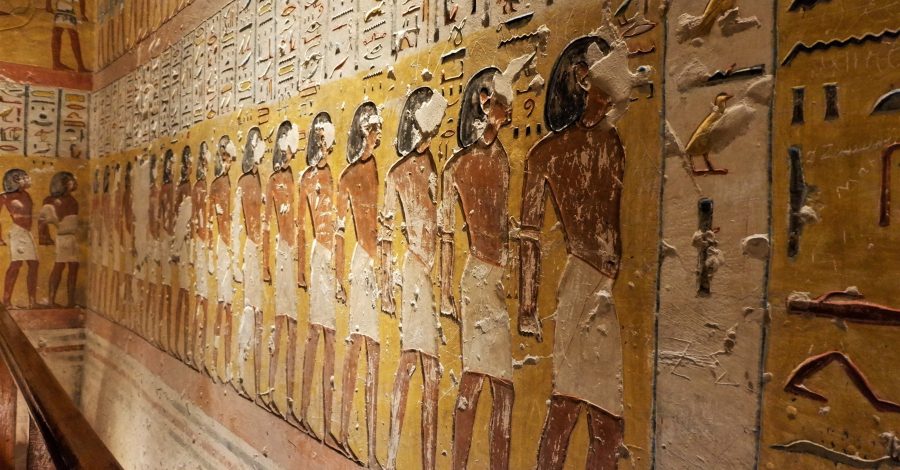 Whoever has visited Egypt, can confirm that the entrance tickets for the various archaeological sites can be the highest expense of your entire trip. What adds on top to that, is the separate photo passes you are expected to buy for taking pictures of the various attractions the country has to offer. The photo pass is sold at the tickets desk before you enter each site, so you really have to decide well in advance whether you will go for that or not.

Normally, I go by the book and pay for whatever is to be paid. But having being in Egypt for 2 weeks, I felt a bit frustrated by the fact that some ticket prices were so ridiculously high that they should at least include some photo clicks to it.

My visit in the Valley of the Kings was my last stop in Egypt, so I decided that I was not going to pay for another photo pass. Little did I know, that this was THE place that a photo pass would worth every single penny of its price!

And the story goes like this… The very first moment I entered the tombs, my jaw dropped down to the floor! Looking at other people taking pictures, I simply flipped, switched on my camera and started clicking like crazy! Obviously these people had a photo pass, while I didn’t! You can easily guess what happened next… I was caught in action!

Looking back, I should have seen this coming. Because the low-paid Egyptian guards are keeping their eyes wide open for stupid tourists (like me) who will try to sneak pics inside the tombs. This is their chance to ask for a small baksheesh for covering them up. And that’s exactly what happened in my case. And believe me it will definitely happen to you, too.

To make this long story short, I am going to tell you what I did wrong (apart from not paying for the pass in the first placeJ), and hopefully you can figure out how to do it right:

Whatever your call may be, I wish you the best of Luck!!!

« The Valley of the Kings; Nothing More, Nothing Less…